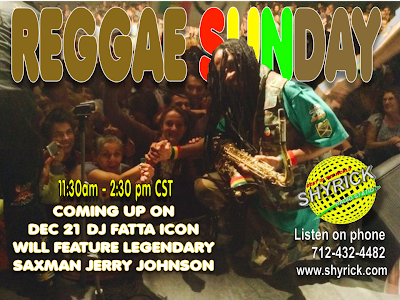 LISTEN IN ON YOUR PHONE OR LOG IN ON THIS SITE IN THE RADIO LOUNGE HERE:
http://shyrickradiolounge.blogspot.ca

Jerry Johnson, saxophonist extraordinaire, is world-renowned and in demand on the Reggae music scene. 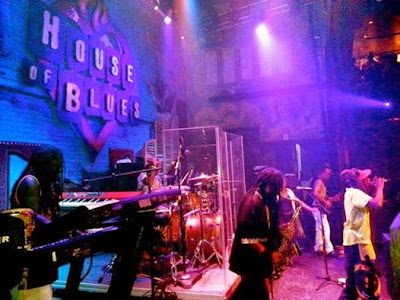 Born in the Bronx to a Jamaican father and a Barbadian mother, Jerry’s interest in the saxophone began at the tender age of five on his first visit to the local barber shop, which was owned by his dad’s friend and Sugar Minnot’s trumpet playing uncle, Lester Minnot. Lester and his fellow musicians left a wonderfully strong impression on young Jerry; especially the saxophonist, Chughie, who also played with The Dynamites & The Stepping Stones.  Says Jerry “Even though I wasn’t thrilled about getting my first hair cut, (they gave me a lollipop to stop me from crying), I felt excited, because I knew I wanted to play the horn and jam just like them.” 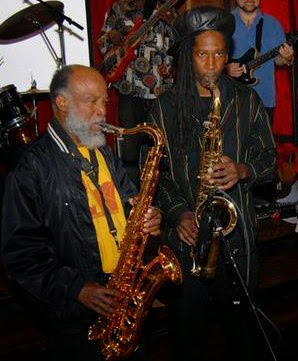 Ironically, Jerry didn’t actually begin playing until junior high school. He also took private lessons and played in his first Reggae band when he was 16.

Jerry’s father had a Jamaican Night Club from the ‘60’s thru the ‘80’s. Even though the club underwent a few name changes through the decades, it was there that
(Cedric Brooks and Jerry Johnson)


Jerry saw and met many musicians and singers such as The  Blues Busters, Lester Sterling Of The Skatalites, The Wild Bunch F/T Bunny Rugs Of Third World, Phyllis Dillon, Byron Lee, Denroy Morgan of the Black Eagles (father of Morgan Heritage), and many more.

Jerry has performed on many world-wide tours such as Reggae Sunsplash, Sting, & Japansplash. His television appearances include the Arsenio Hall Show with Queen Latifah, Late Night with Jay Leno and The Conan O’Brian Show with Steel Pulse.  He also performed at President Clinton’s Inauguration.


As a song writer/ producer/ musician/ singer.... Jerry’s talents are far ranging and collectively tantalizing to the senses. His melodious fusion of Reggae and R&B reveals his refreshing and expressive style.