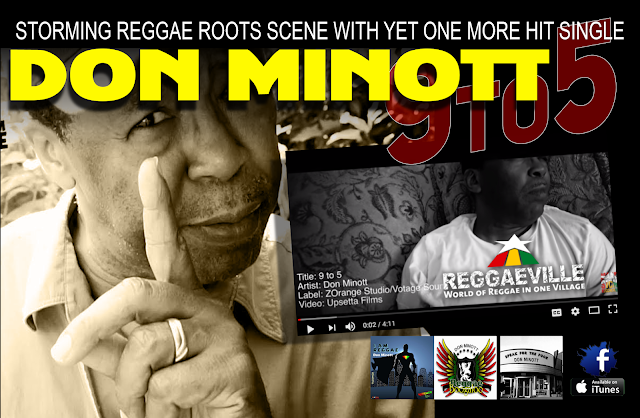 
He is truly a master of rhythm and verse .  Among some sweet singles Don Minott offers a full 12 track CD entitled Speak For The Poor which holds some of his most famous works : ONLY 21,  CAN DANCE, DIRTY BABYLON ETC...  His track 'I AM REGGAE" took North America and Europe by storm...

Now Don Minott is featuring his latest hit single  "9 TO 5" on REGGAEVILLE ... check it out

TO LINK UP with the artist and his band for BOOKINGS  get a hold of his tracks for promotional purposes link up with the artist on facebook : https://www.facebook.com/donald.minott?ref=br_rs

LISTEN TO HIS TRACKS ON SPOTIFY :


DON MINOTT  is a Singer, Song Writer,Poet based in East Hartford,CT. USA.