SUCH IS REGGAE IN RUSSIA 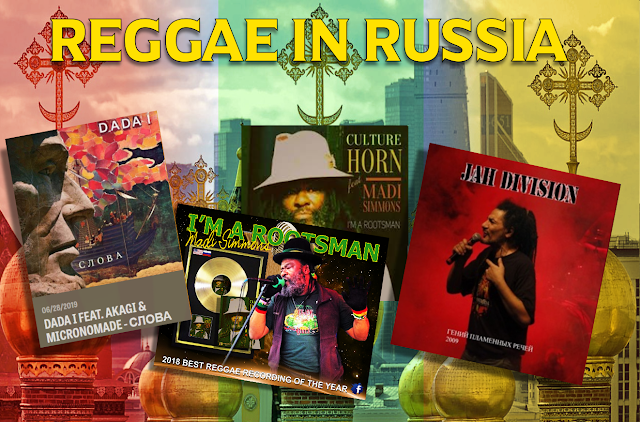 Don't get me wrong, I am curious how Reggae emerges in all cultures. I find it an inspiring tale of human endurance and commonality.  Though it was born in a land struggling with suffrage ... it's message and flow reached across the globe and touched the ears of every corner of the planet often incorporating local instruments and fusing with other genres.


We here at SHYRICK   ARE A GLOBAL STATION  and are known to throw down Reggae samples from many different countries : Dubai , Latin America, East India and Africa, just to name a few.

We network in NORTHERN EUROPE on VK.com and the conversation of how Reggae emerged in Russia started with Alexander Bezpalevny who works with CULTURE HORN SOUND  out of  Russia .  You can link up with them on Facebook here : https://www.facebook.com/CultureHorn/


Alexander Bezpalevny offers a very brief overview "Well... It's a long story in our country...." The long and the short of it, was that Reggae tried to emerge a few times. First in the 80's it tried to rise out of ROCK bands like Aquarium , then again  in the early 90's through  Punk groups.


Actually it wasn’t reggae at all, the Russians  called it  hippie style.

What seems to be a common thread in the adoption of Reggae in other cultures is that the culture adopting the vibe is in a state of imbalance and recognizes both the message and the remedy out of their their own struggles.

Gerbert Morales (Jah Division) has offered the following explaination : The Reggae movement in Russia was born together with the restructuring. In part, reggae emerged from the punk music. Elements of reggae music were used by well-known musicians like Barykin or Grebenshchikov. The Rasta Reggae Roots movement though began with Jah Division in the 90's.

Pavel “Pablo” Timoshchenko is a Reggae and dancehall artist who is part of the dancehall group Kaya Warriors Smokaz Sound Company,  throws down his opinion on who are the movers and shakers in  the Russian Market :

Alexander Bezpalevny with CULTURE HORN SOUND remembers the production of IM A ROOTSMAN  and is quick to add,  "It was good collaboration with him. I'm feeling like he is "old school" and liking that."

I'm personally am  kinda digging DADA I  who is also rocking the Russian scene with his flavor of REGGAE ,,, check it out >>>

Dada I, real name Herman Konstantinov is a Reggae/Hip-Hop singer from Russia, from the island of Sakhalin, currently lives and works in St. Petersburg.