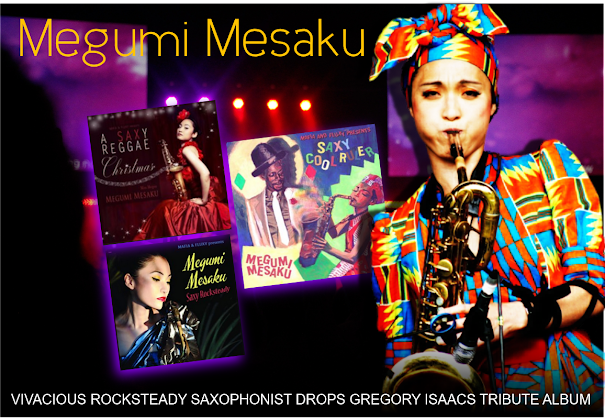 Megumi Mesaku /MissMegoo (player, composer and producer) had her debut on SHYRICK DANCEHALL RADIO just this Friday Night on EVA FRESH NEW BLOOD.  Two of her tracks LOVE IS OVERDUE  and PERMANENT LOVER were dropped. Both tracks are off of her brand new album which just hit the road this Oct 2020 entitled "SAXY COOL RULER"  (a tribute album to late great Gergory Isaacs.)

Hit the >> GO BUTTON<<  and check out LOVE IS OVERDUE

“It started when I was contacted by Linda Isaacs from the Gregory Isaacs Foundation to perform his song Front Door at an event,” the 44-year-old musician told The Gleaner  in the spring of 2019. “I asked my producers, Mafia and Fluxy, to create a riddim track for me because they used to work with Gregory a lot. It was after that we decided to make a tribute album..." said  MEGUMI MESAKU
A native of Soma City, Fukushima, Mesaku started playing the saxophone at the age of nine and was an active member of her school’s marching brass band. She credits her love for music to her father’s side of the family, noting, “My grandfather was an art and music teacher and my uncle was a professional trumpeter when he was young, so my parents have always supported my love for music.”
Mesaku started getting a taste for ROCKSTEADY when she started clubbing as a teen in Tokoyo where she was exposed to early Reggae and Ska vibes. It was then and there that she fell in love with the genre. 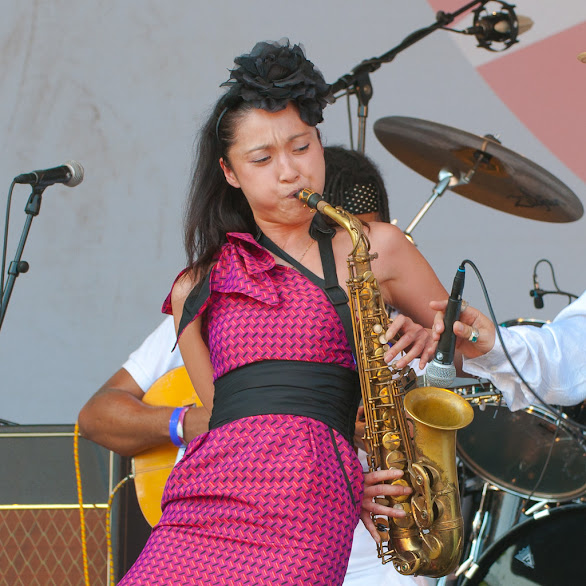 Megumi Mesaku immigrated to London UK in her twenties and this is where her career starts spreading it's wings.   In 2018 the artist released her debut album “A Saxy Reggae Christmas”.  She gained her notoriety busking in London .
Because she didn’t have time to prepare or practice, she played tunes she knew from childhood and other music she loved including her favourite music genre, Rocksteady. She got some Rocksteady riddim tracks sent by Mafia & Fluxy and went busking in London Bridge Station and other under ground stations. 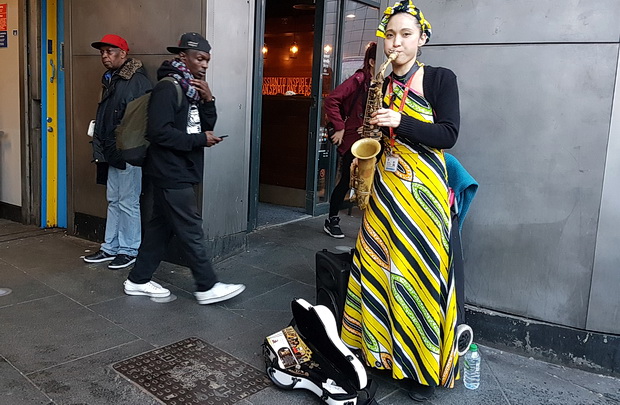 One day, while busking at Waterloo Station, she was approached by a woman who asked her permission to video her performance on her mobile phone. Megumi played some of the Mafia & Fluxy riddim tracks and then played “Pupa Lick”, a classic Rocksteady instrumental from Studio One by the Soul Vendors – with Lester Sterling on saxophone. This video footage went viral and got many wonderful reactions from all over the world. She then contacted Mafia & Fluxy again, and told them she wanted to record tunes for an album at Stingray Studio.

This vivacious talented saxophonist now has 3 full albums sitting on download waiting for your music collections. Follow this link and make sure to beef up your collection with some saxy rocksteady vibes today !!! https://music.apple.com/us/artist/megumi-mesaku/163386134 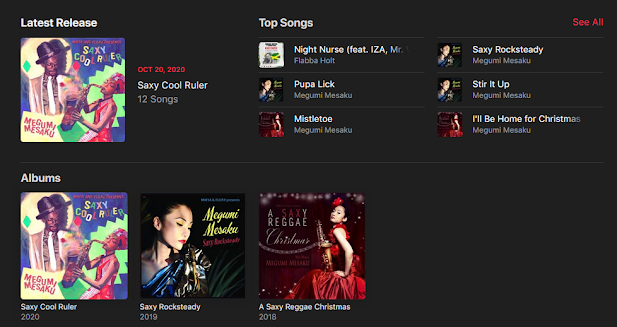 Make sure to join her on her Facebook page as well to stay ontop of all of her up coming releases and performance dates once that kicks in again . 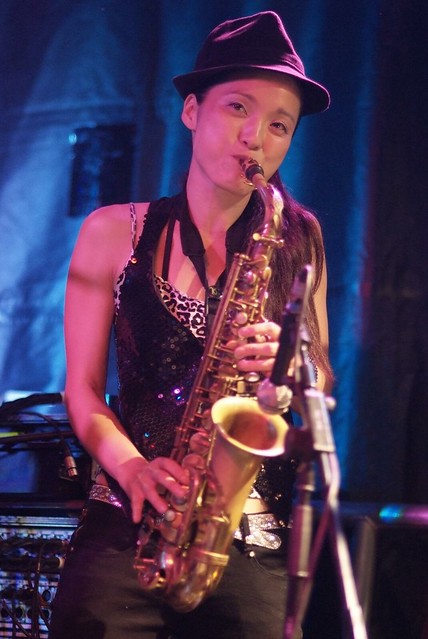