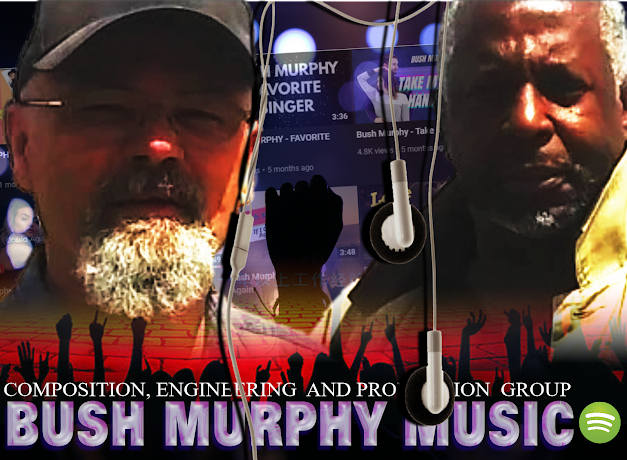 This red hot production team: BUSH MURPHY  has as an ace in their back pocket.  They  work extremely well together, dominating almost every aspect related to the track creation process from: writing lyrics, song composition, vocals, instrumentals, on down to engineering and promotion.  They work together  seamlessly  with a focused intent resulting in an impressive finished product worth getting excited about. 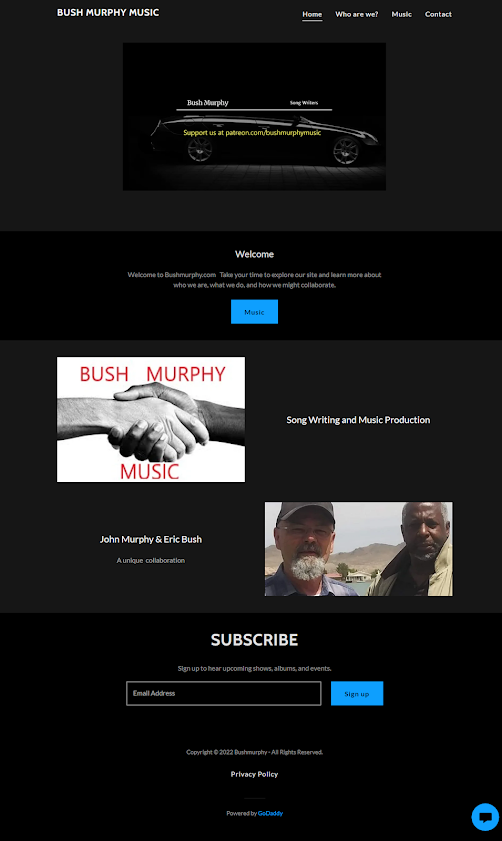 (tap on the image to go there)

LIFE IS ALL ABOUT CONNECTING and  RE-CONNECTING

SHYRICK DANCEHALL RADIO  was initially introduced to  BUSH MURPHY MUSIC when a red-hot lover's rock track entitled TAKE MY HAND walked into the station and set our listener's on fire.  Family  hit that >>GO BUTTON<< and take a listen to dj FATTA ICON dropping this single live .

"I met my music partner John Murphy back in the 80s at a recording studio he was engineering.  I was there looking to record a new song  and John took on the project. We worked on the song , which turned out very well ... I didn't keep in touch with Murphy as life moved forward though.  However recently through Messenger we reconnected and have been doing great music as a team Bush Murphy...  " ERIC BUSH 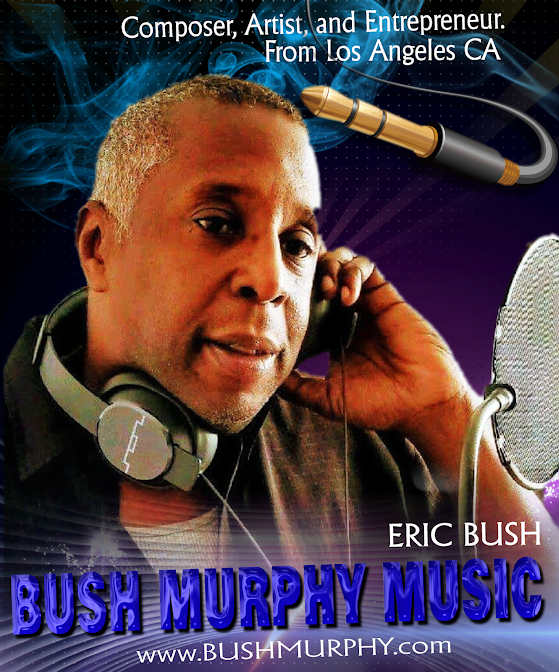 How well did this re-connection go? Well with over 140,000 plus Streams on Spotify total and another 140,000 plus views on Youtube, we would say they are doing pretty good. 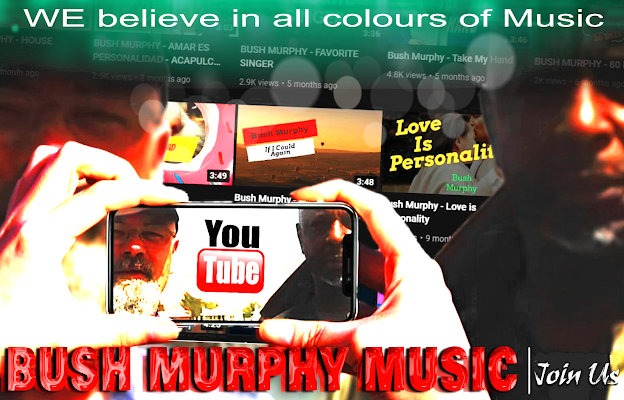 (tap on the images to go there)

AND SO WHERE TO GO FROM HERE?
"We enjoy all genre’s of music with interest in Film, television music production. Please visit our Spotify, YouTube and other social network... "BUSH MURPHY MUSIC 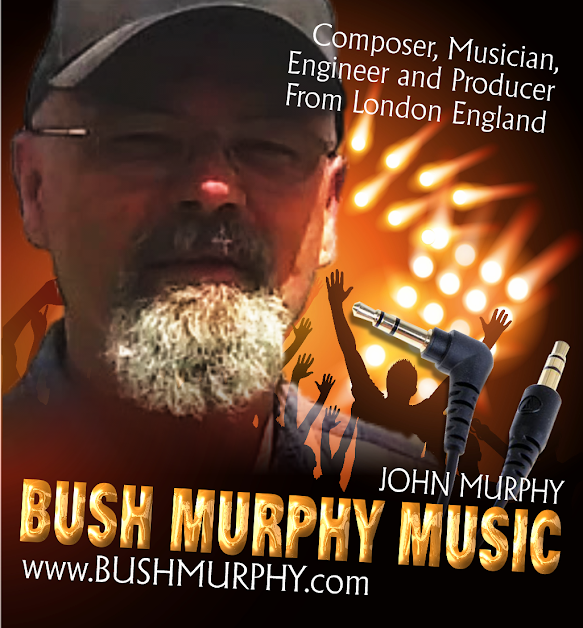 With an eye on the potential to land big royalties if even one production is picked up as a sound track, BUSH MURPHY is positioning themselves to ignite that dream by covering a broad base of genres and doing it with class (seemingly effortlessly.) 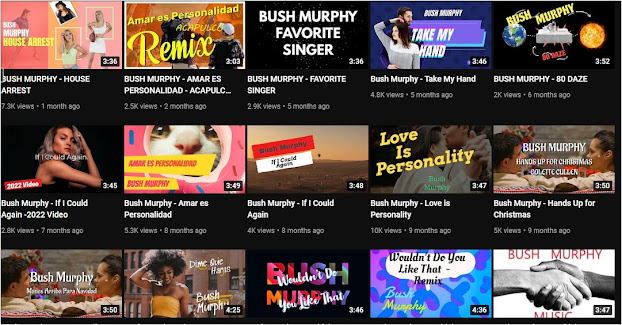 (tap on the images to go there)
And they openly confess their love for even more collaborations with fellow artists in many genres who are equally focused on creating a high quality finished product. A well POLISHED track that will excite and ignite a large targeted fan base, which is pretty much a solid requirement  for "sound track" music.
"Some good old-fashioned kicking country music from Bush Murphy. Support us at patreon.com/bushmurphymusic ...   "                '
They already have a collection of : Latin , Dance, POP, Lover's Rock, Country, Seasonal/Christmas tracks getting a lot of attention already with a determined (Jah be willing)   track a month goal.
"We work hard to try and bring something new every month. There are at least 4 new songs in the pipeline for the coming months. We hope you enjoy listening to our creations, and we thank each and every one who has supported us ... "
We were fortunate to have  crossed paths with ERIC BUSH of BUSH MURPHY MUSIC in LINKEDin   and asked him to give us a little insight into this upcoming production company and where it is heading: this is what he had to say :
"Growing up  I enjoyed all genres of music, I liked the producing of Quincy Jones and the lyrics from Earth Wind and Fires Maurice White just to name a few. Music has always been in my system, sometimes it's good to take a break from it to change your directions as a songwriter and production. I was writing and producing my own projects as a solo artist but I enjoy working on the business insights. As I begun entering the music connection again I look and listen to the new trends of music which we are producing more of as we speak.we enjoy collaboration with up and coming artist who are entering the music scene. We are interested in working with Artists who are already established and are looking for new producers. Keep an ear open for more of Bush Murphy Music."
E.Bush
Labels: BUSH MURPHY