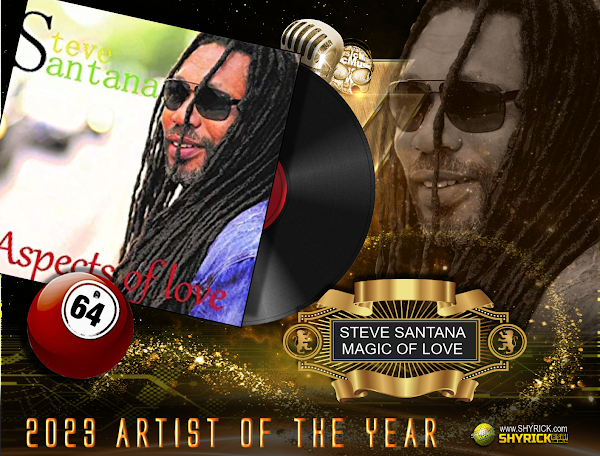 Does the title grab you as a little bit dramatic? Well it's not at all.  It's a year long battle an artist and their track goes through with LADY LUCK,  packed with  SHOTGUN BINGOS' every two weeks. Add to that HALF TIME SECOND CHANCES and SEMI-FINALS and one final obsticle that a winner has to walk through : THE FINAL SHOTGUN BINGO! 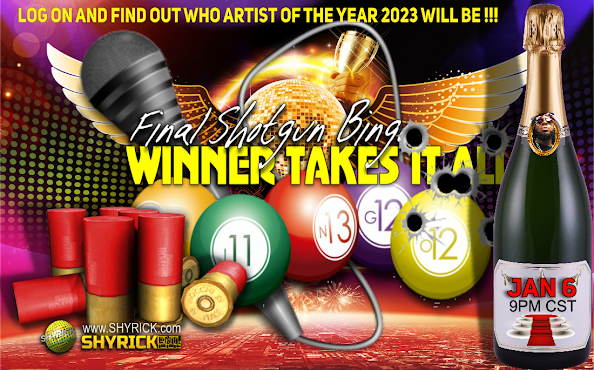 Walking out as a victor at the end of a season is nothing short of a miracle. Think about it, the record for the longest run on the HIT LIST  is PAYNE's track: "AH MI LIFE"  sitting on the list for a whopping 28 weeks straight. Yet he's  couldn't pull off a win. 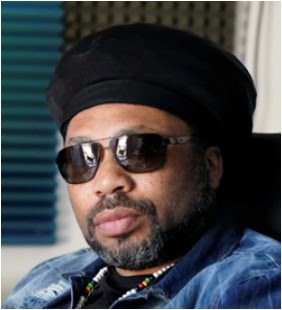 But that type of miracle happens here every once a year when we announce the ARTIST OF THE YEAR!

It came down to a final 9 artists, one by one we watched our favorite tracks fall. LADY LUCK was especially nasty this year! Straight out of the gate the first artist to fall was this station's AMBASSADOR: DON MINOTT;  then CHICKMELION's picked favorite tumbled; and immediately after dj FATTA ICON's pick fell. Making us wonder what she had against this station.

Our very own BRIGHT KOLORZ  from our SHOW STOPPAZ  was given the honors to pull the  trigger for the final time and  family we are proud to announce that the ARTIST OF THE YEAR  around here for 2023 is : STEVE  SANTANA  with his BOSS HIT LIST WINNER:  "MAGIC OF LOVE!"

In doing the research for this article I soon came to understand that LADY LUCK was correct  in giving the title to this highly talented artist she did work him over a few years back and owes a little redemption herself.  He has put in tons of hard work over the years and he really truly does deserve this! 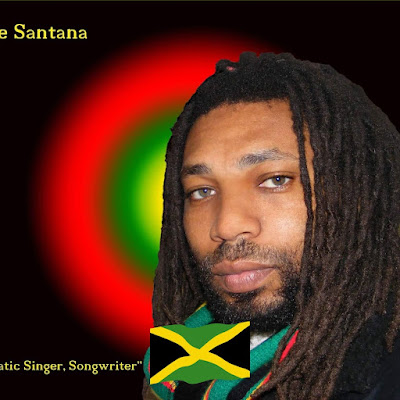 But who is STEVE SANTANA  you ask?

ALLMUSIC.com  holds  the best most concise bio on this artist, just tap on the link and you will go straight to STEVE SANTANA's bio there.  But here's the  gist of it in a summary:

He was born Steve Campbell (1970) in Falmouth, Trelawny, Jamaica, West Indies. And  LADY LUCK was right there by his side when he had his first taste of the wild ride this music industry had in store for him.  Both the up's and down's  because she hasn't been always nice to him  during his career either.  Such is life though ... right? 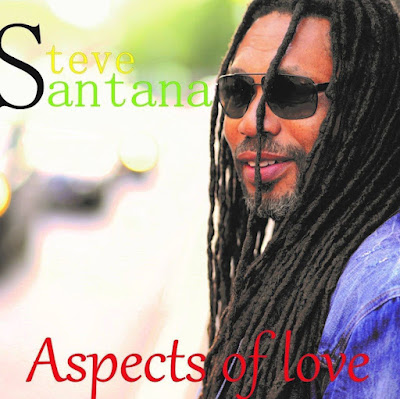 "His break came in 1987 when he was invited to open a show at his school’s annual fair. The line-up also featured an early appearance by Patra, while Foxy Brown, Lady G and Papa San topped the bill." ALLMUSIC.com 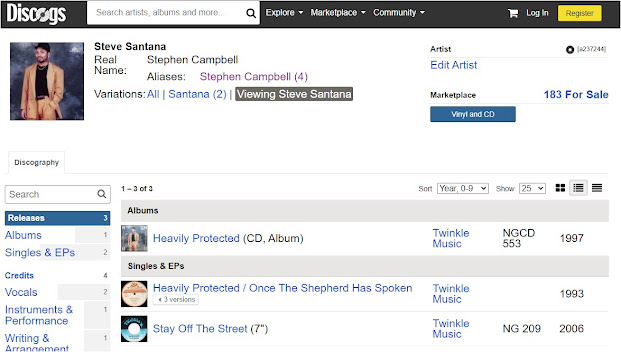 DISCOGS.com is a great place to head to sample and pick up STEVE SANTANA's early works.   Just tap on the link and we will take you straight to STEVE SANTANA's page.
His vocals are amazing and have been all through his career and that's not luck! He is an artist who sang for his bread and butter to tourists for a long time. That benefited him 10 fold by allowing him to hone in and fine tune the skill to kick out rich thick vocals time after time. 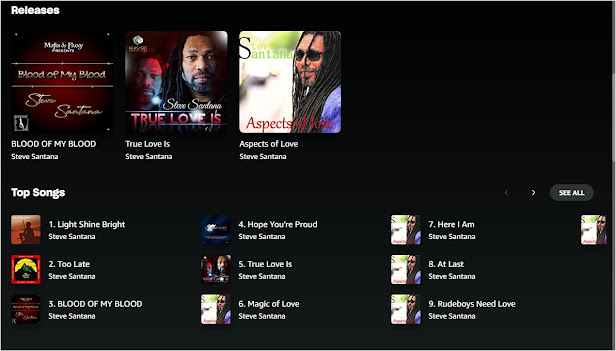 Tap on the image to check out his recent work
His recent work (like his winning track here MAGIC OF LOVE) is a full testimony of  all that hard work. And I guess that's the moral of the story in the long run ... hard work quite often takes the dependance on luck out of the situation. 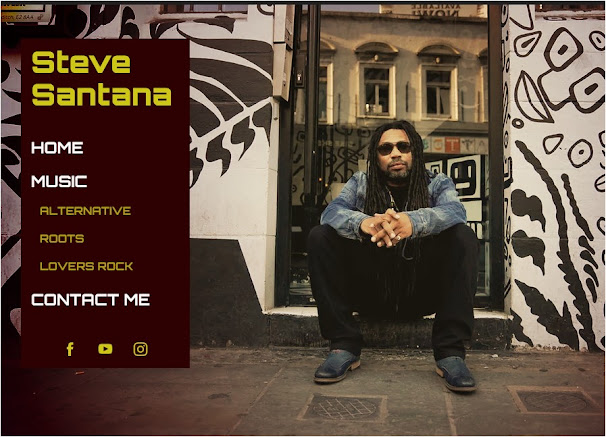 But let me tell you family , in some instances having LADY LUCK know your name can be a good thing.  Just ask our ARTIST OF THE YEAR around here for 2023, STEVE - SANTANA  with his BOSS HIT LIST WINNER:  "MAGIC OF LOVE!" 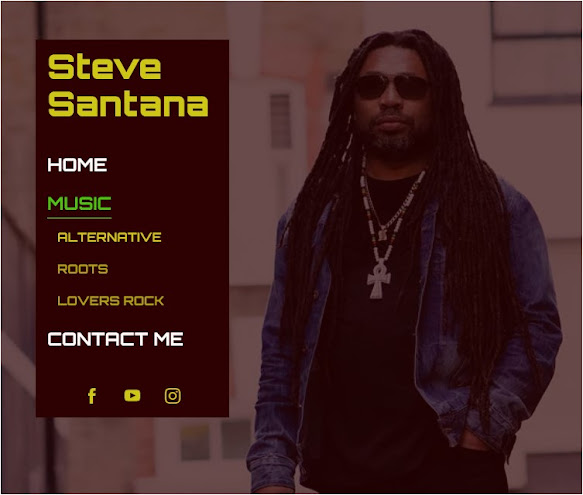 Family you can reach out and support the good vibes and powerful lyrics that STEVE SANTANA  kicks out by joining him on his website. 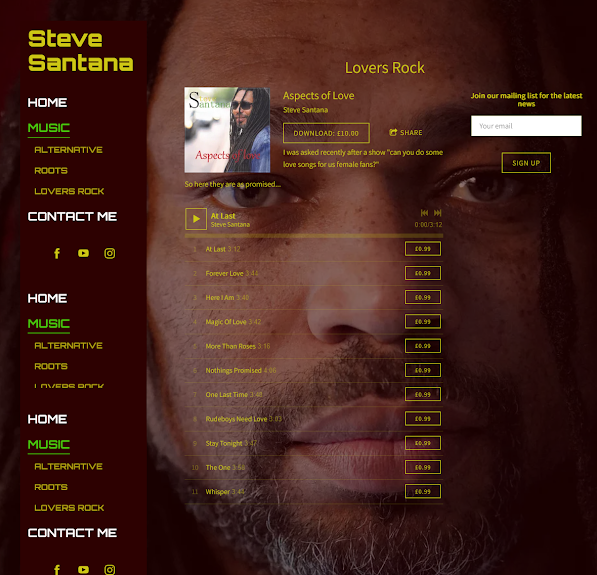 It is also a great way for you to reach out to him via his contact page  as well as see a menue of his most recent collection of good good vibes. Tap on any of these graphics above  and we will take you straight there !